The first development of B-17's with radar were conversions of seven B-17F models in which a British developed H2S (Stinkey) radar or "Oboe" Mark I were installed.
On these ships, the radar antenne was mounted under the nose of the plane and covered by an aerodynamic housing.

Later planes were equipped with the American (AN/APS-15/) H2X "Mickey" system which was a further development of the British H2S "Stinky" airborne radar. Development took place by scientists of the MIT Radiation Laboratory. On the first 12 aircraft it was hand crafted into the nose of the aircraft behind the chin turret in a rather crude way.

The suffix "SH" was added to the model number to indicate the presence of an H2X radar system. Suffix for H2S equipped planes was "SO".
Similar suffixes can be found on B-24 airplanes. [1]

The 12 B-17 aircraft modified with this initial version of the H2X were following [2]:


Note, one of them was an F version, the rest were "F" versions modified and re-designated "G" versions, or built as a "G" version.


After the initial batch of 12 H2X modified airplanes, subsequent radar modified B-17's were built with the radar dome mounted semi retractable as replacement of the ball turret. 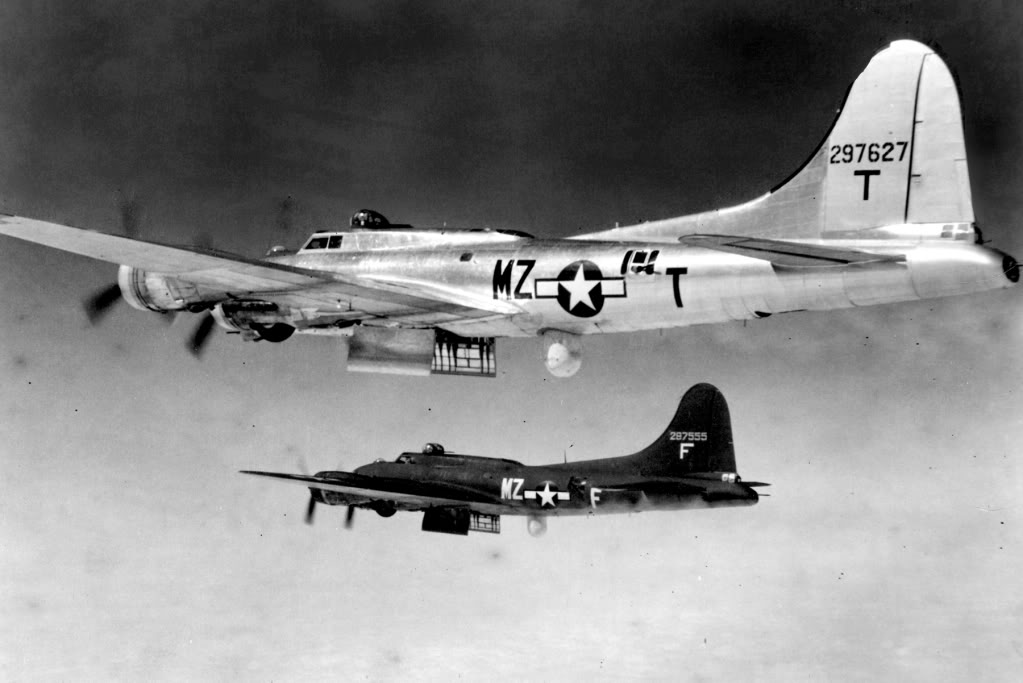 Another version of radar equipped B-17 was used for maritime reconaissance/ Air Sea Rescue services. A number of these were provided with a lifeboat which was released in the air and lowered by parachute. 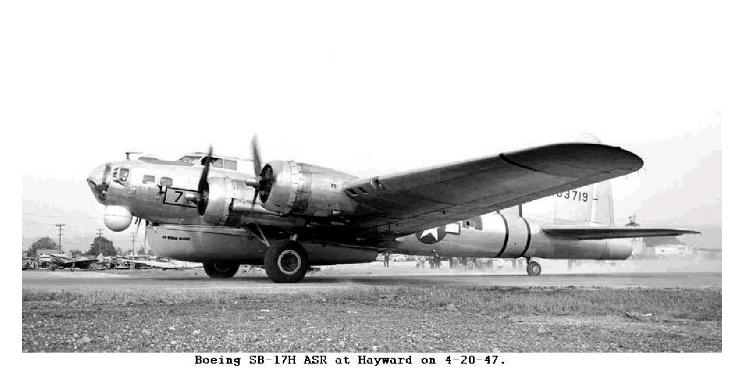